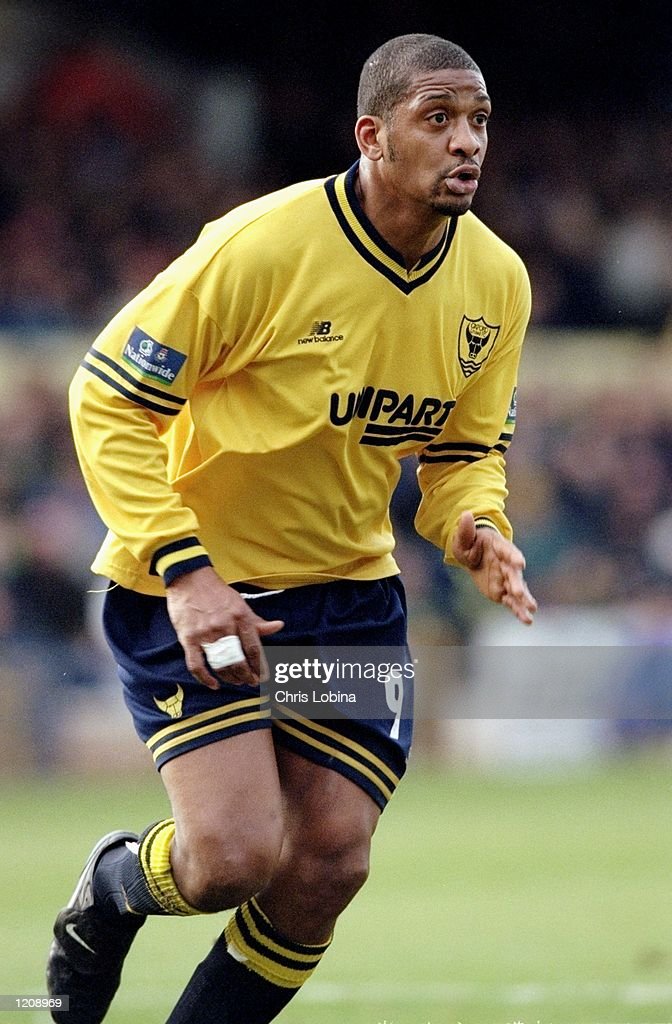 Then resident in Keighley, I was lucky enough to see t'Bus score an away goal at Turf Moor almost exactly a year earlier. We still lost.
Top

I saw three of his four.

I recall his scoring the winner at promotion favourites Stoke on the opening day of the season, and thinking it (and he) was gonna be great.
Top

Continuing the series - on this day 18th December 2007
the U's hit rock bottom suffering a one nil away defeat at Tonbridge Angels
in the FA Trophy. 642 were in attendance on this dark day.

A look at the team will surely send a shiver through one's spine:

I saw 'em all. So there. Away at Stoke, Burnley and Brentford, and home to Cobblers I think. Also saw Gabbiadini's only goal (at Ipswich), Gavin Gordon's at York, and Whittingham's only goal, in his only appearance at Sw*ndon. Beat that.
Top 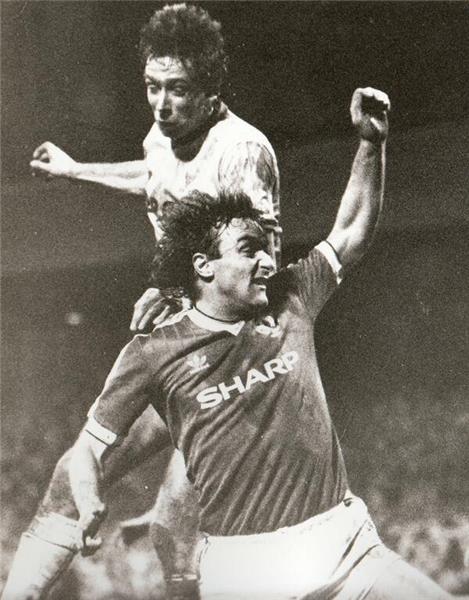 19th December 1983 - The U's defeat Manchester United 2-1 at the Manor
after a second replay in round four of the League Cup. Goals from George
Lawrence and Steve Biggins meant United faced Everton in round five.
Top

The victory brought to an end Denis Smith's first spell in charge of the U's.
Smith was appointed in September 1993.
West Bromwich Albion announced the appointment of Smith
on Christmas Eve 1997. Malcolm Crosby took charge in a caretaker role.

21st December 2002 - United hosted Exeter City in League Two and a bigger crowd than normal turned
up due to fans receiving vouchers of the FA Cup third round tie at Arsenal in early
January 2003. Goals from Matt Bound and Lee Steele saw the U's draw 2-2
with the Grecians.
Top

22nd December 1984 - an eventful top of the table clash at a rain lashed Fratton Park
saw a very late defeat for the U's in a thriller.

United were a goal up thanks to a second half Kevin Brock strike before the hosts hit
back with two late headers from Alan Biley at the Fratton End.
The game will be long remembered after a fan dressed as Santa Claus
invaded the pitch just before Alan Ball's Pompey hit back to win.

OUFC4eva wrote:21st December 2002 - United hosted Exeter City in League Two and a bigger crowd than normal turned
up due to fans receiving vouchers of the FA Cup third round tie at Arsenal in early
January 2003. Goals from Matt Bound and Lee Steele saw the U's draw 2-2
with the Grecians.

I remember that game and the amount of plastics that left at half-time to queue up at the ticket office to get their tickets - not a clever process employed by the club on that occasion.
Top

I stuck it out to the end, but then saw the length of the queues and think it was raining, so gave it up as not worth getting soaked and finding the tickets had sold out.
Top

23rd December 1980 - United appoint former Huddersfield Town and Bolton Wanderers
boss Ian Greaves as the club's new manager following the departure of Bill Asprey
earlier in the month.Asprey was sacked after the U's suffered a disappointing
3-0 defeat at Plymouth Argyle.

Users browsing this forum: No registered users and 8 guests