The Millers release ticket details for the third round clash at New York Stadium on Saturday 7th January 2017 - 3pm kick-off:

All three strikers were subbed after 68 minutes - Dexter Blackstock,
Jon Taylor and Peter Odemwingie with an eye on Saturday possibly? 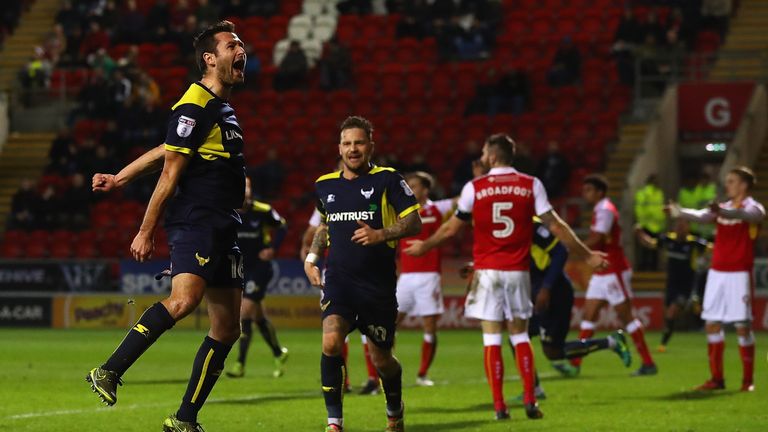 Away days don't get too much better than the U's victory at the impressive New York stadium, Rotherham.
United were backed by a fabulous 1,292 in the steep away seating enclosure.
Appleton's men were much the better of the sides before the break but had a to endure a 25 minute onslaught after
caretaker manager Paul Warne's half time rollocking - labelling his team " cowards ".
Ryan Taylor had put the U's ahead after great work from Hall on the right wing. Ward equalised
early in the second half after Nelson was brushed aside far too easily.

Late goals from Phil Edwards - who had a super game - and Hemmings finishing off a wicked centre from Marvin
Johnson saw the U's into the fourth road draw. Tom Adeyemi did head a late consolation for the hosts
who deserved to lose - they did not turn up in the first half but the U's were excellent in the first 45. 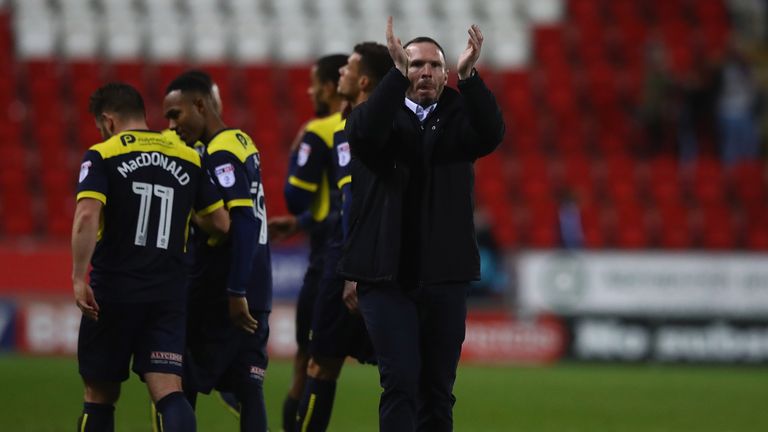 Whilst it's great to win a few minor grumbles:

1) Why did we not play in Yellow?
2) Ryan Taylor should celebrate a goal even if it's against one of his former clubs. He's a Wednesday fan!
3) FA Cup miniature match day programmes - very poor value for £2.

What a superb stadium ! Full credit to RUFC and chairman Tony Stewart for building such a great facility
and they can expand it if they need to. Of the modern all-seater stadiums with a capacity of around 12,000
that's the best around - better than Chesterfield, Doncaster, Colchester, Shrewsbury etc. etc.

As above. One of the best new grounds I've been to, even if it a climb to the back of the stand.

Also enjoyed The Bridge pub, good range of ale at decent prices , a landlord who calls everyone love, and reasonably priced bar food too.

Decent match too, amazed to see Sercombe come on the pitch so soon after the season threatening injury. Good goals for us too.
Top

They were awful in the first half and I was concerned that, having managed only to score one goal before half time, we could be made to pay for that. They did have a sustained spell of possession and pressure after the break, but we defended really well. Sat so close to the pitch and the goal, I could not believe how much space they gave Edwards to head home. Nor could I appreciate at the time just how good a goal our third one was, from the Lunny pass for Johnson to run onto, his first time cross, and how Hemmings got clear of the defender to slot home.

Would love a big team in Round 4, but there are still too many lesser teams left in for that to be probable.
Top

I'll take any tie that doesn't involve an 11:30 ko on a Sunday morning. The FA should hang their collective heads in shame!
Top

Agree with previous analysis. There seemed to be a lot of disparagement of the draw, but I for one was looking forward to my first visit to the New York Stadium, and it didn't disappoint.

A marked improvement from the Walsall and Gillingham games. We didn't come out of the blocks hard enough in the second half, and we sat too deep after scoring our third, but apart from that it was a good team performance. The most encouraging aspect was that we did it without Maguire firing. His head seemed to go after missing the penalty, and his play was so sloppy just before half-time that Edwards almost physically assaulted him in remonstrating! The two had to be separated by teammates on leaving the pitch at the interval.

Rotherham looked sharp up front, and we rode our luck a little after their equaliser, but otherwise we matched them well. I can't imagine how angry their fans were at conceding our second goal - I've never seen a player so unmarked so near to the centre of the goal at a corner as Phil Edwards was! Taylor played really well, winning the penalty and then scoring the first. And our third was a thing of beauty from the moment it left Lunny's boot. Just a shame Johnson couldn't replicate the quality of cross when Hemmings had the chance to really wrap it up a few minutes later, but his full-stretch prod slid agonisingly wide.

Another good away following, and a feel-good factor returning. It feels like our season's back on track after the Christmas let-downs.

When did we last reach Round 4 of the FA Cup two years in a row?
Top

Kernow Yellow wrote:When did we last reach Round 4 of the FA Cup two years in a row?

Round three - Chelsea away
Round four - Tottenham away

Kernow Yellow wrote:When did we last reach Round 4 of the FA Cup two years in a row?

Round three - Chelsea away
Round four - Tottenham away

Users browsing this forum: No registered users and 22 guests