Bit harsh on the York bloke, he almost got them promoted last year from nowhere!
Top 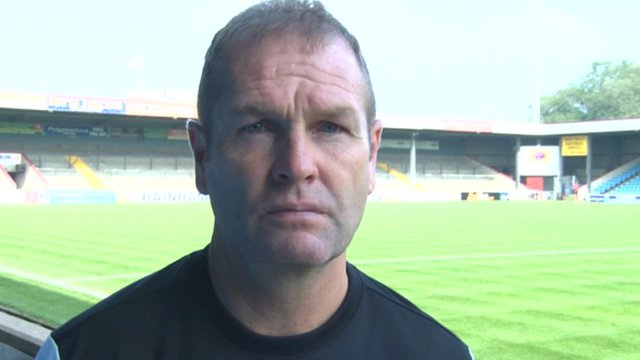 Former Scunthorpe boss Russ Wilcox - who was sacked only a week ago - has been appointed
manager at League Two York City.

Radley Rambler wrote:It's a project and all you have to do is remain positive.......hmm.

The best way to run a project is to have regular reviews and to studiously avoid the sunk costs fallacy.
Top


Fulham apparently have a short list of three: Hughton (current fav), Kit Symons and Steve Clarke
Leyton Orient seem to be going down the unfamiliar foreign manager route, with two I've never heard of topping the betting last time I saw it (though is currently not on oddschecker at all) which for me is a far more worrying trend than the number of black managers currently in the 92....
Top

Shite, that's an opportunity lost. Adams may well have been our 'get out of jail card'.
Top

Mike Phelan and Gary Rowett early leaders in the betting to replace him,

Clark had been 22nd on the list, lasting just over two years, Appleton is up to 74th having lasted 108 days
Top

Paul Murray of whom it has often been said - "Who?"
Top

Neil Redfearn to take over on a 'permanent' basis - which should have him out of a job just in time to spend Christmas with his family!


I wonder whether David Peace might consider a 'Damned United II' - this time from inside the head of the latest Chairman.....given that Milanic lasted just 32 days, 12 fewer than Cloughie
Top

Rowett to be confirmed as Birmingham City's new boss today:

Another one bites the dust!

Hog wrote:Another one bites the dust!


With this and Rowett leaving from a top twenty position on the list, Appleton now up to 72nd...
Top


Seems Lee Clark is likely to get the nod at Blackpool, while the list for burton is quite interesting, with three black candidates in the top five names with the bookies at the moment: former Derby defender MMichael johnson who left Birmingham with Clark), former Albion defender Darren Moore and perennialname Jimmy Floyd Hasselbaink. Others names in the local press include James beattie, Kevin Phillips and Nicky Butt.
Top

Must be almost a full time job keeping this page up to date . Turnover of managers this season is absolutely mind boggling.
Top

Eric Pollard wrote:Must be almost a full time job keeping this page up to date . Turnover of managers this season is absolutely mind boggling.

Thank you for your concern, but no rest for the wicked I'm afraid as another appointment gets confirmed: